While a lot of people think that Las Vegas is very PG in terms of entertainment and lifestyle, there are a lot of wholesome shows families can enjoy here. One of the most staple shows in Vegas are magic shows as several stages in Las Vegas often invite some of the greatest magicians in the world to perform in front of a live audience. For those who are planning on going to Las Vegas to reignite their world with magic, here are some shows to watch. Stacey L. Tokunaga.

Penn & Teller Fool Us
For those who think they are good enough to spot how magic is done, this show is for them. The magic show invites some of the greatest magicians around the world to perform in front of two of the magic world’s greatest minds, Penn and Teller. Those who do fool Penn and Teller get to perform with them on their Las Vegas show at The Rio. Stacey L. Tokunaga.

Nathan Burton Comedy Magic
Comedy and magic are two different art forms that go well with each other. "America’s Got Talent" contestant Nathan Burton performs his comedy magic regularly on Planet Hollywood. Not only are the set pieces interesting, but Burton is also a topnotch storyteller who shares personal tales and mixes them with this magic. Stacey L. Tokunaga.

Magic Reinvented Nightly with Mat Franco
Mat Franco, another "America’s Got Talent" contestant, performs with such charisma that catapults his magic routines into unforgettable acts. And while he performs in front of an intimate audience at The LINQ, his illusions and skill are worth seeing on the big stage. Stacey L. Tokunaga.
entertainment Las Vegas Magic shows

Popular posts from this blog

Las Vegas activities for kids of every age 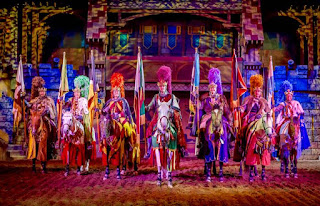 Image source: santorinidave.com Stacey L. Tokunaga loves to blog about her hometown, Las Vegas. After all, there is quite a lot to blog about. For this article, she shares three more fun-filled activities that aren’t just for kids, but adults as well when they visit Vegas. High Roller Observation Wheel : As far as observation wheels go, no other is as grand as the High Roller. This Las Vegas attraction holds the record for being the tallest of its kind in the world, standing at 550 feet. It may look like a Ferris wheel, but it isn’t. This megastructure holds large rotating cabins that can fit 40 people, who can observe Las Vegas and all its surroundings. Image source: santorinidave.com Tournament of Kings : One of the most fun events in The Excalibur resort is the Tournament of Kings. Not only is it a reenactment of medieval action, but it’s also one hell of a show. Actors give it their all. They don’t have it easy with everything their wearing. This spect
Read more 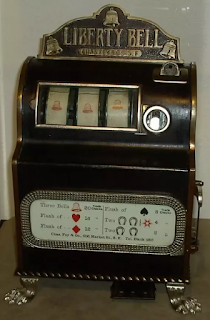 Image source: quora.com There are many iconic landmarks in Las Vegas -- there’s the Las Vegas Strip, Caesar’s Palace, Fremont Street, among others. And these famous sights aren’t the only thing that can depict Las Vegas. Even something as small as a pair of dice, a pack of playing cards, or even a poker chip can allude to Las Vegas. And according to Las Vegas local Stacey L. Tokunaga , the humble slot machine is without a doubt one of the most iconic symbols of Las Vegas. But how did the slot machine come to be? The very first slot machine was made in New York back in 1891. The game featured 50 playing cards and can be operated with a nickel. To win, a player must end up with a five-card poker hand. Unlike modern-day slot machines, the first machine wasn’t capable of instantly paying out to winners so winnings were paid at the bar. Given this flexibility, bar owners would often give non-monetary prizes like free drinks or cigars. The first slot machine that did payout
Read more 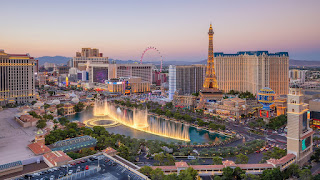 Image source: cnn.com Stacey L. Tokunaga loves to blog about Las Vegas, her favorite place in the world. She loves to write about the many wonders Las Vegas holds for residents and tourists alike. She loves to explore the rich history of the area, which is filled with countless stories and legends. For this blog, Stacey goes back further into history, beyond the birth of Las Vegas and takes a look at how casinos, which is a huge part of Las Vegas, started. Some of the facts here are stunning, and may even be used to impress friends at parties. The early casinos : The earliest casinos in history were established thousands of years before Las Vegas was a town. In 2003 B.C., the Chinese used ancient dice and sticks to gamble. What were random results to everyone else were representations of the will of higher beings or gods, to the Chinese. Image source: casino.org Kings’ island game : In 100 A.D., there was a game between the Kings of Sweden and the King of Nor
Read more